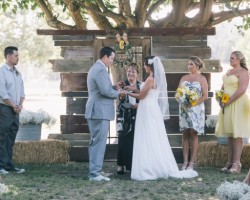 For more than 25 years, Janet Westall has been officiating weddings in Southern California through her business, Best Ceremonies. As a non-denominational officiant, she serves the cities of San Diego, San Bernardino, and Riverside. Interestingly, this wedding minister has no problem officiating LGBT marriages, something that gives her a social edge over other officiants who are steeped in religion. Janet is known for her simplistic yet romantic approach to ceremonies, which has made her a darling of many couples in San Bernardino County and its surrounding area. 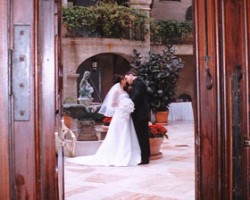 Reverend Jim is a licensed and the official wedding officiant at the historic Mission Inn in Riverside. Thanks to his position as the Mission Inn’s exclusive officiant, Revered Jim has had the opportunity to officiate over 600 weddings. He is always available to meet with couples at a time convenient to them. As an ordained minister, he has officiated over traditional Spanish weddings, civil weddings, bilingual weddings, non-denominational ceremonies, sand ceremonies as well as military ceremonies and Judeo-Christian ceremonies. 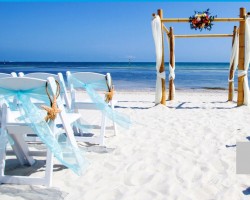 Minister Carla Ulloa is a notary public who spent the better part of her legal career as a bilingual deputy for civil marriages. In her position, she officiated over two thousand marriages and earned high reviews out of his affordable rates and reliability. This was before establishing her business in 2005. Her vast wealth of experience in the wedding industry has earned her the status of one of the most sought after wedding officiants in San Bernardino, CA. As a bilingual officiant, Carla speaks both English and Spanish. Additionally, she has officiated over weddings of imprisoned couples. 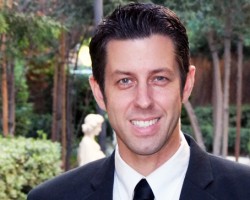 A hands-on wedding officiant, Eric has officiated countless local weddings and is known for his personalized approach to wedding ceremonies. Mike is an ordained wedding minister who handles both traditional and civil ceremonies. One of the most unique things about officiant Mike is that he offers a free consultation for couples to interact with him and get to understand his officiating tactics. This way, Mike offers a comprehensive wedding package without charging exorbitant fees. He’s more than willing to travel to any location within the Inland Empire area.